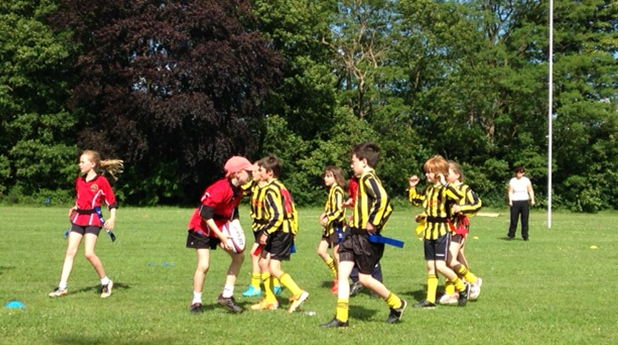 On Tuesday 10 June six primary schools attended Collingwood College's first ever Year 5 tag rugby tournament.  Over the last month our Year 9 students have been training to become tag rugby coaches with England rugby.  They were tasked to create fun games and improve their leadership skills for the tournament.

The students ran a 10 minute session for each school on a particular skill and then rotated to the next team.  Following this, they refereed the tag matches for the tournament.  Many teachers from the primary schools praised the Collingwood students for their attitude and caring nature and for their coaching and refereeing skills in the matches.

Well done for running some great sessions and refereeing so well: