“The best week of my life” and “an unforgettable experience” are just two among many extremely positive comments from students who spent the October half-term holiday visiting China.

We travelled by plane, coach and overnight train to four cities and experienced first-hand Chinese culture.

In Beijing nearly all the group managed to climb to the top of the Great Wall and were enthralled by the spectacular views across the countryside which awaited them and made the arduous climb worthwhile. 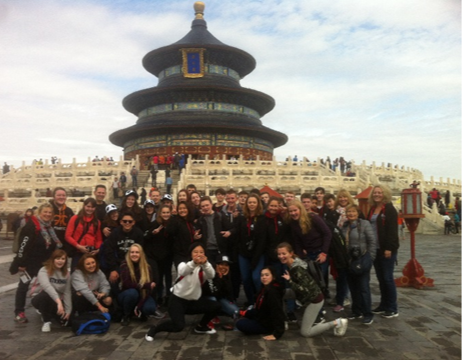 We travelled by rickshaw through the old city of Beijing called the Hutongs, we met a Chinese family and ate in their home before visiting The Summer Palace - The Emperor’s holiday retreat!

We were amazed by the massive size and sense of history in Tiananmen Square, where Chairman Mao proclaimed the establishment of the People’s Republic of China in 1949 and in 1989 the tanks rolled in to disperse the crowds who were protesting.

Have you ever eaten scorpion, spider or snake? Many of the group now have, as these were among the exotic delicacies on sale in the night market we visited one evening before leaving Beijing! (Eating of these delicacies was not compulsory!)

The group got to grips with bartering at the Pearl Market and saw it as a great challenge to buy their souvenirs and gifts as cheaply as possible.

The overnight train to Xian was memorable for the small compartments into which we crowded for the 12-hour journey.

Even more memorable was the sight of the terracotta warriors which were made according to the instructions of an Emperor more than 2000 years ago and only recently discovered by accident in 1974. The warriors and their horses are life-size and no two are identical. They occupy a field larger than a football field and there are still thousands more underground waiting to be excavated!

In Xian we also took a cable car ride up the volcanic mountain to see the city from above before dipping our hands in the hot springs.

Our next stop was Shanghai, the most modern of China’s cities, with skyscrapers more than 100 stories high. We took an elevator to the top 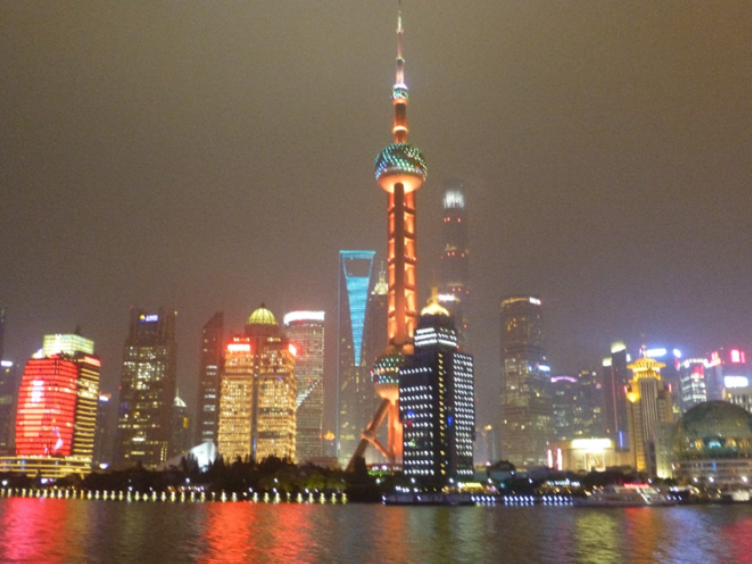 of the Pearl Oriental TV tower and gazed down through a glass platform at the river, ships and smaller skyscrapers far below us.

No trip to Shanghai would be complete without a trip to the famous Yu Yuan Gardens and Market.

A highlight of the visit for many students was the visit to Jiangning School, our link school in the Putuo district of Shanghai.  We were warmly welcomed and treated to some delightful performances of traditional Chinese music and dancing. Our students also provided enjoyable demonstrations of modern dancing. Most of the group went with students from the school to their homes for one night. Everyone had a different experience of life in a Chinese home and talked excitedly about what had happened for most of the following day!!  For many, this was the highlight of the trip.

A night of Karaoke awaited those that didn’t take part in the homestay and we were treated to some memorable renditions of Rick Astley’s ‘Never Gonna Give You Up!’

Our last day was spent in the Chinese silk capital of Suzhou. The city is often called ‘the Venice of China’ due to its ancient waterways.  We had a river cruise from where we could see Chinese life from a different perspective.     We also visited the silk factory that made the area famous as well as indulging in some last minute shopping and bartering in the market.

I would like to thank all the students and staff on the trip who were amazing at all times, despite some late nights and early starts!  This was our 4th trip to China and it’s easy to see why every visit the students return and call it their ‘trip of a lifetime’

Why not be part of our next trip to China!

Letters will shortly be available on the portal for our next trip in 2018 which is open to applications from Years 9, 10 and 11 students on a first come, first served basis.   In the meantime, please email or speak to Mr McKay or Mrs Jones to register your interest in coming on the next trip.