Mr Jerry Oddie to retire after over 17 years as Collingwood's Principal. 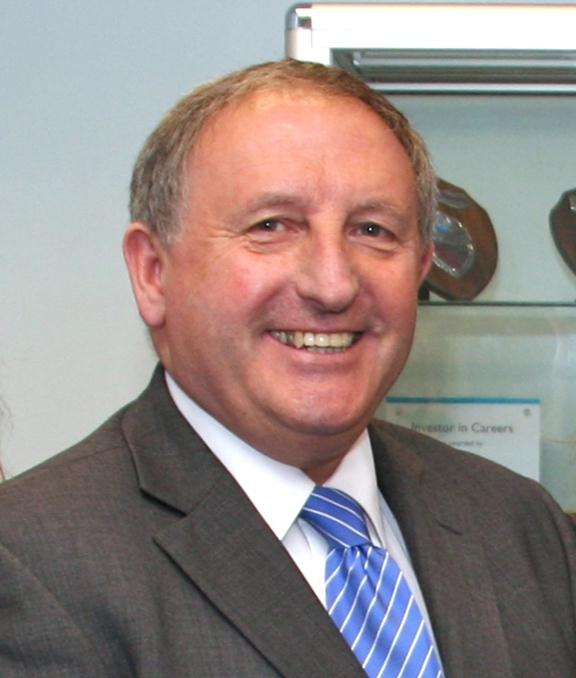 As I embark on this, my last news article before retirement, Headteachers are being asked to ban students from bringing packed lunches to school. At various points during my 40 years in the education service, I have been obliged to countenance some bizarre and occasionally downright silly initiatives from Ministers, quangos and the like, but this one takes the biscuit – hopefully a healthy one! It raises the possibility of parents secreting food parcels into the College in the same way as happened in some schools a few years ago when Jamie Oliver began his campaign for more healthy school dinners and parents were photographed passing fish and chips through the wire to the tune of ‘The Great Escape’. It makes one wonder how a government, which I thought was committed to de-regulation and the end of the ‘nanny state’ could officially commission a review, which has produced such a draconian recommendation.

Looking back over my career, as one does at such a watershed moment, I am mindful of the enormous changes, which have taken place since I embarked on my teaching career at Handsworth Grammar School for Boys in 1973. The educational world was truly a very different place in those days. Corporal punishment was legal and extensively and enthusiastically practised by the Headmaster, the fearsome P. F. Guggenheim M.A (Cantab), parents had no right to choose a school for their child, the school’s staffing establishment was determined by the Local Education Authority, schools were allocated only a budget for books and equipment, there was no OFSTED and no National Curriculum – just ‘O’ Levels, CSE and ‘A’ levels.

The 11+ was alive and well in many parts of the country, condemning generations of children to a second class education, (but happily not in Surrey), there was no induction for Year 6 students transferring to secondary school, SEN children were classified as ‘remedial’, and students were paid grants to go to University. (I even managed to buy a car, having been paid a supplementary grant to do my year in France as part of my degree and then been subsidised by the generous French taxpayers!)

How very different and how much better is the education we now provide for our children? The answer is of course – vastly. Whilst I am critical of a number of the reforms proposed by our MP, Michael Gove, I am determined not to end my career on a sour note. I have confidence in the professionalism and creativity of Heads to ensure that, whatever the politicians decide – and goodness knows there have been some mixed messages of late - schools will continue to find ways of serving the best educational interests of their students. It is in fact quite ironic that, having come into his role as Secretary of State determined to make schools more accountable and less prone to ‘gaming’ the league tables by careful management of exam entries, Michael has ensured that schools have taken their ‘gaming’ to new levels, for example through the sudden growth of alternative qualifications, such as IGCSE.

People have asked me if I will miss Collingwood? The answer is – hugely, of course. It has been a massively important part of my life since 1st January 1996 and those who haven’t been a Head may not appreciate the extent to which one‘s persona becomes inseparable from the school to the exclusion of almost everything else, apart from the family – and even they often have to take a back seat! The pressure upon Heads nowadays is akin to that facing Premier League football managers and the attrition rate is not all that dissimilar. The pressure is relentless – rightly so, as we bear a huge responsibility, are well paid and need to be held to account for our work by OFSTED, (though I do wish its Chief Inspector was rather less of a bully in his laudable pursuit of higher standards for all). After 25 years of Headship, however, I want to be free of the yoke of accountability, to give more time to my loved ones and to pursue other interests, which, believe it or not, include astronomy, astrology and a new part-time career as a cricket umpire – an excellent role, you may agree, for an ex-football referee and a self-admitted ‘control freak’. I also want to give something back to the profession and plan to undertake some consultancy work to ease myself into retirement rather than going completely ‘cold turkey’.

No doubt others will reflect on my contribution to the College over the last 17+years and the extent to which I have achieved my aim to make a positive difference to the lives of both children and staff. Personally, I am proud to have significantly improved the College’s facilities, raised standards and taken Collingwood progressively further along the path to ‘outstanding’ OFSTED status, despite several ‘raised bars’. I was delighted with our ‘outstanding’ judgement for Leadership and Management in the May inspection, which testifies to the strength of the Collingwood team and its capacity to continue the pursuit of the highly prized overall Grade 1 status. In Eden Tanner and Karen Griffiths, my two Vice-Principals, who will be at the helm next year, the College has two outstanding leaders, whose skills are complementary and who are well equipped to maintain the pace of development and improvement. I know too that they will have the full support of the staff and the Governing Body. Headship can be a lonely business and the Co-Principal appointment has much to commend it from the point of view of combating that problem and providing a creative platform for the discussion of ideas.

And so, I am passing the baton to my colleagues. Janette and I plan to relocate away from the area to the south coast, where we can enjoy the anonymity which has been elusive for the last 18 years. With such a large community of students and staff, past and present, we know that you are never very far away from a Collingwood person as I have found out, even on holiday in Greece, at Gatwick airport and more recently a day trip to Worthing!

It has been a great privilege to lead Collingwood College and an experience that will stay with me for the rest of my life. From a distance, I will watch the College continue to develop. I thank everyone for the support and encouragement, which I have received over the years.

My very best wishes to you all for health, happiness and success in the future.