Stefania Tudor's (8G) piece, ‘Llyn Cwm Llwch: A Tarn in the Brecon Beacons’, was described by Geographical Association judges as a 'well-composed and striking image'. 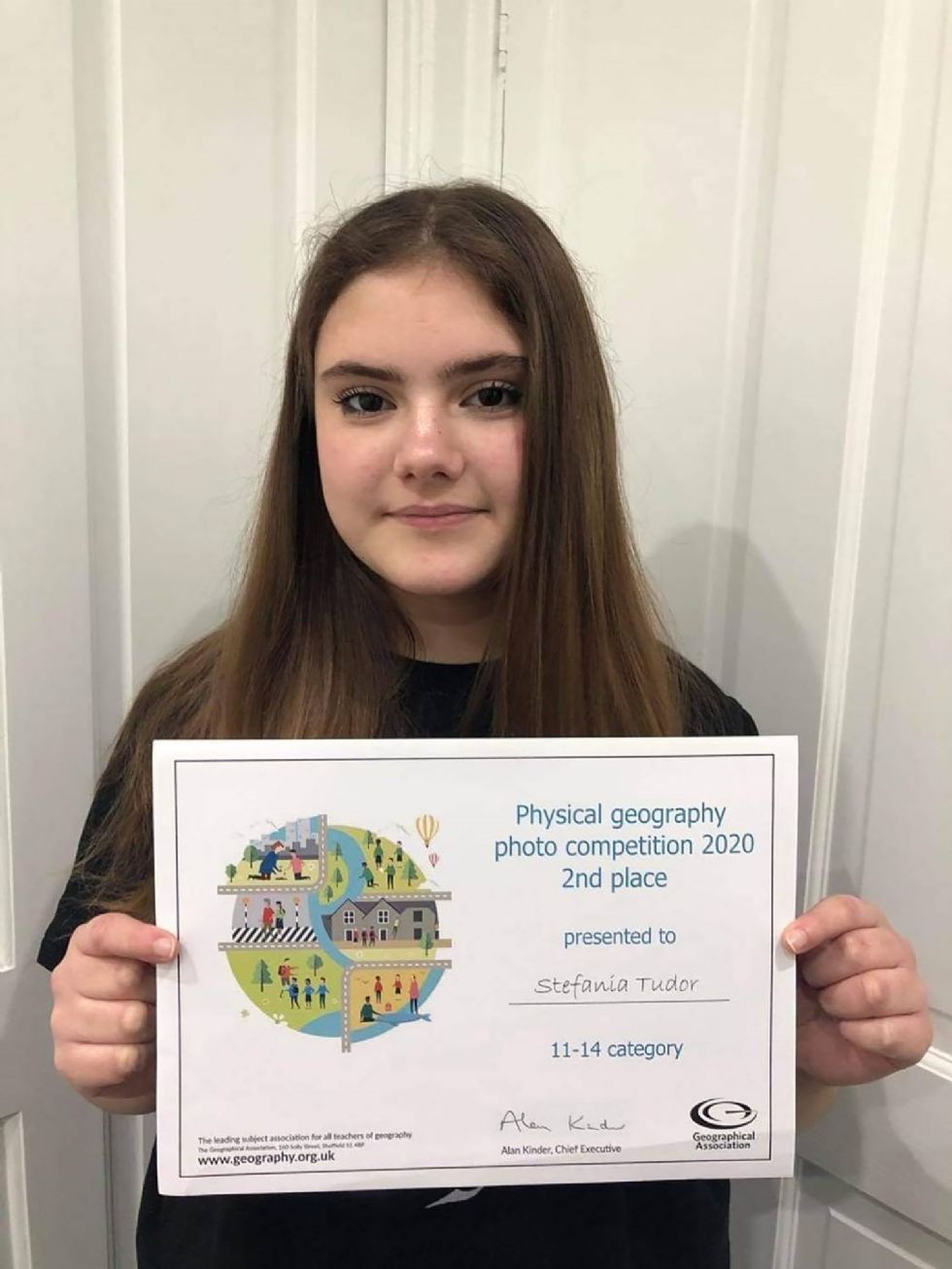 Stefania Tudor (8G) put her lockdown time to excellent use last academic year when she was a Year 7 Student. She entered a photograph and accompanying story into the Geographical Association’s Physical Geography Photo Competition 2020 and we are delighted to report that her entry won her 2nd place in the Year 7-9 Category of the competition and would like to take the opportunity to congratulate her on her success.

Inspired by having recently studied Glaciation and all the different landforms in her Year 7 Geography lessons, Stefania chose to enter her piece titled ‘Llyn Cwm Llwch: A Tarn in the Brecon Beacons’.  Feedback from the judges commented that her piece was a ‘well-composed and striking image, a classic'.  The judges went on to say that ‘whilst many a Geographer would recognise the landform as a glacial lake, it would not be obvious to others who walk past it.’  Stefania’s commentary gained credit for its strong narrative which showed excellent understanding of processes,  Judges also praised Stefania for her note about the area’s conservation status as they felt it was also something people may not know about or even consider when passing it.

The winners have also been published on the Geographical Association Website https://www.geography.org.uk/2020---winners-announced